On March 12, 2019, the Judge in the long-running dispute between the writers of a Dr. Seuss-Star Trek “mash-up” titled “Oh, the Places You’ll Boldly Go!” and Dr. Seuss Enterprises granted summary judgement to the Defendants, ruling that OTPYBG was “highly transformative” and fair use. 1

What made this ruling quite surprising was that:

That Ninth Circuit case, Dr. Seuss Enterprises, L.P. v. Penguin Books USA, Inc. 5 involved another claim to “parody” or “mash-up” where the facts of the O.J. Simpson murder trial were “re-told” in the style of Dr. Seuss. Not only did the 9th Circuit rule that book in question, “The Cat NOT in the Hat” was not a parody and did not qualify as fair use, it did so in affirming a preliminary injunction preventing the distribution of the book, a much higher legal standard than that of summary judgement. This decision is binding precedent on the District Court that just decided “Oh, the Places You’ll Boldly Go!”

This is the cover of the offending book, “The Cat Not in The Hat.” 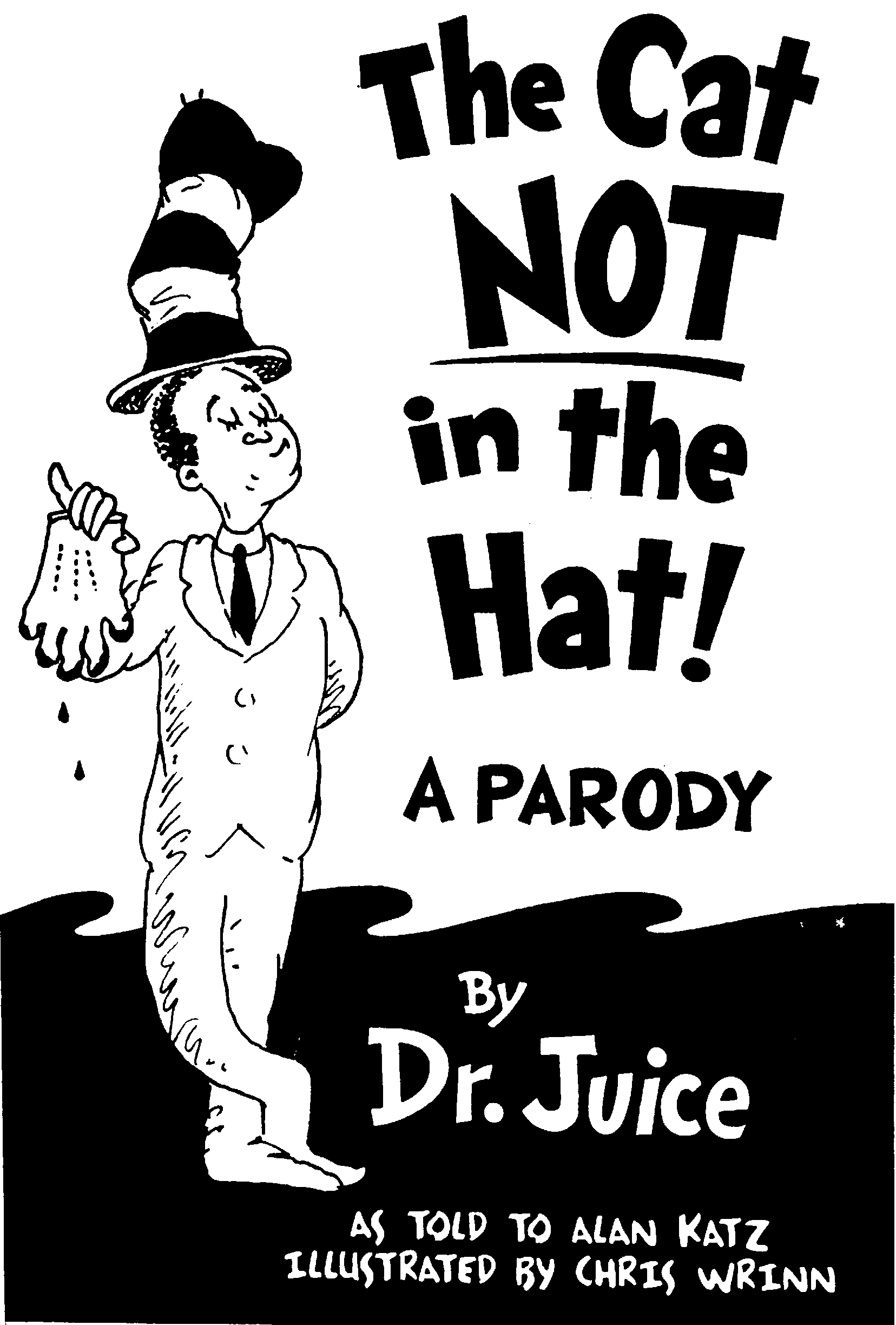 And here is a side by side comparison of The Cat In the Hat and “Dr. Juice” who is the tongue in cheek author of “The Cat NOT in The Hat.” 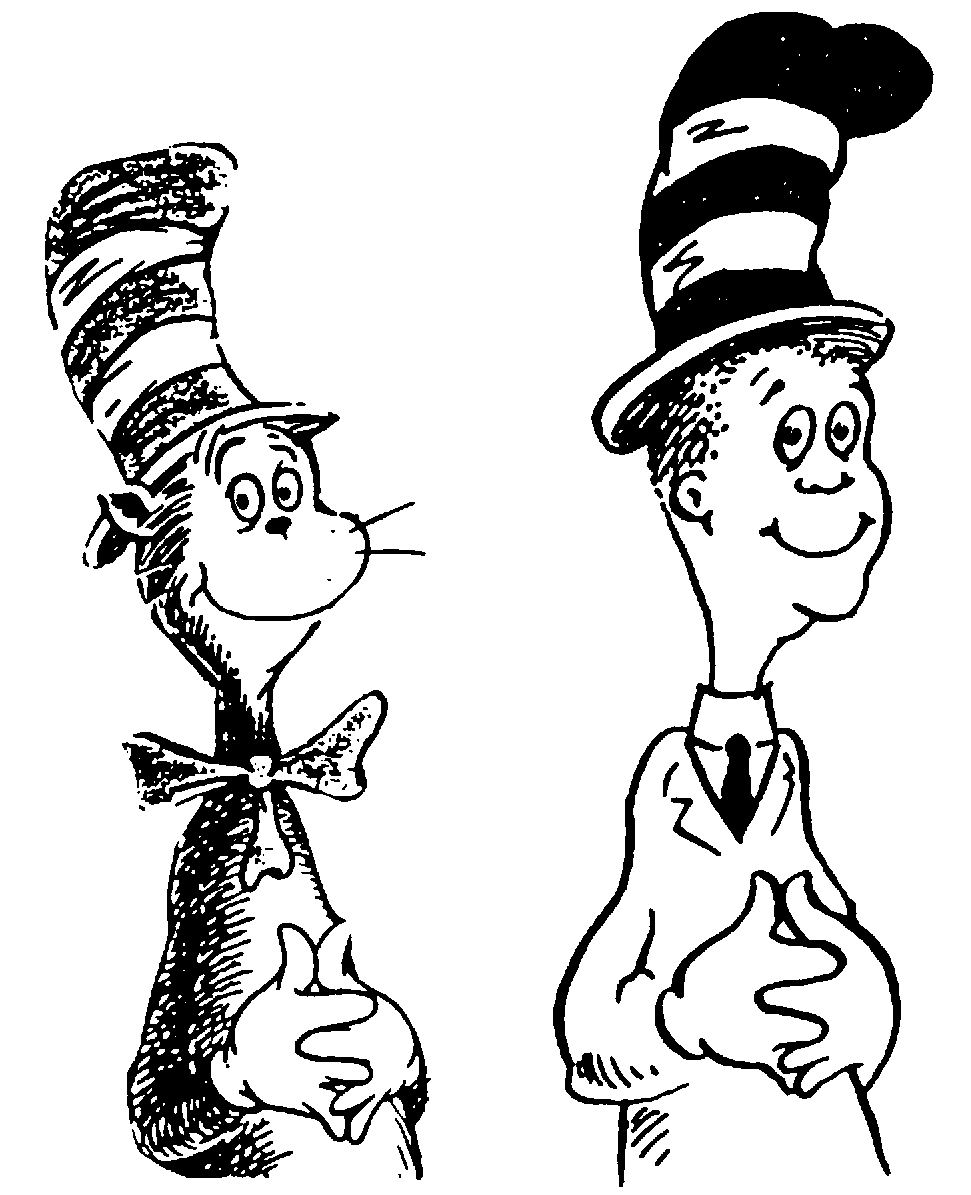 Clearly the intent is to mimic the illustration style of Dr. Seuss. The writing style is also closely imitated.

But the extent of the imitation is very slight. Oddly enough, this works against the Defendants.

“These stanzas and the illustrations simply retell the Simpson tale. Although The Cat NOT in the Hat! does broadly mimic Dr. Seuss’ characteristic style, it does not hold his style up to ridicule. The stanzas have ‘no critical bearing on the substance or style of’ The Cat in the Hat.” 7

“The district court concluded that “The Cat in the Hat” is the central character, appearing in nearly every image of The Cat in the Hat. Penguin and Dove appropriated the Cat’s image, copying the Cat’s Hat and using the image on the front and back covers and in the text (13 times). We have no doubt that the Cat’s image is the highly expressive core of Dr. Seuss’ work.” 8

“The good will and reputation associated with Dr. Seuss’ work is substantial. Because, on the facts presented, Penguin and Dove’s use of The Cat in the Hat original was non-transformative, and admittedly commercial, we conclude that market substitution is at least more certain, and market harm may be more readily inferred.” 9

The last part is really curious. Would you really give a six year old “The Cat NOT in the Hat,” instead of the “The Cat in the Hat”? I sincerely doubt it. Also notice that the Court is going to infer market harm on a book that is not being currently sold or distributed because it is subject to a preliminary injunction. 10

So now, let us turn to “Oh The Places You’ll Boldly Go!” 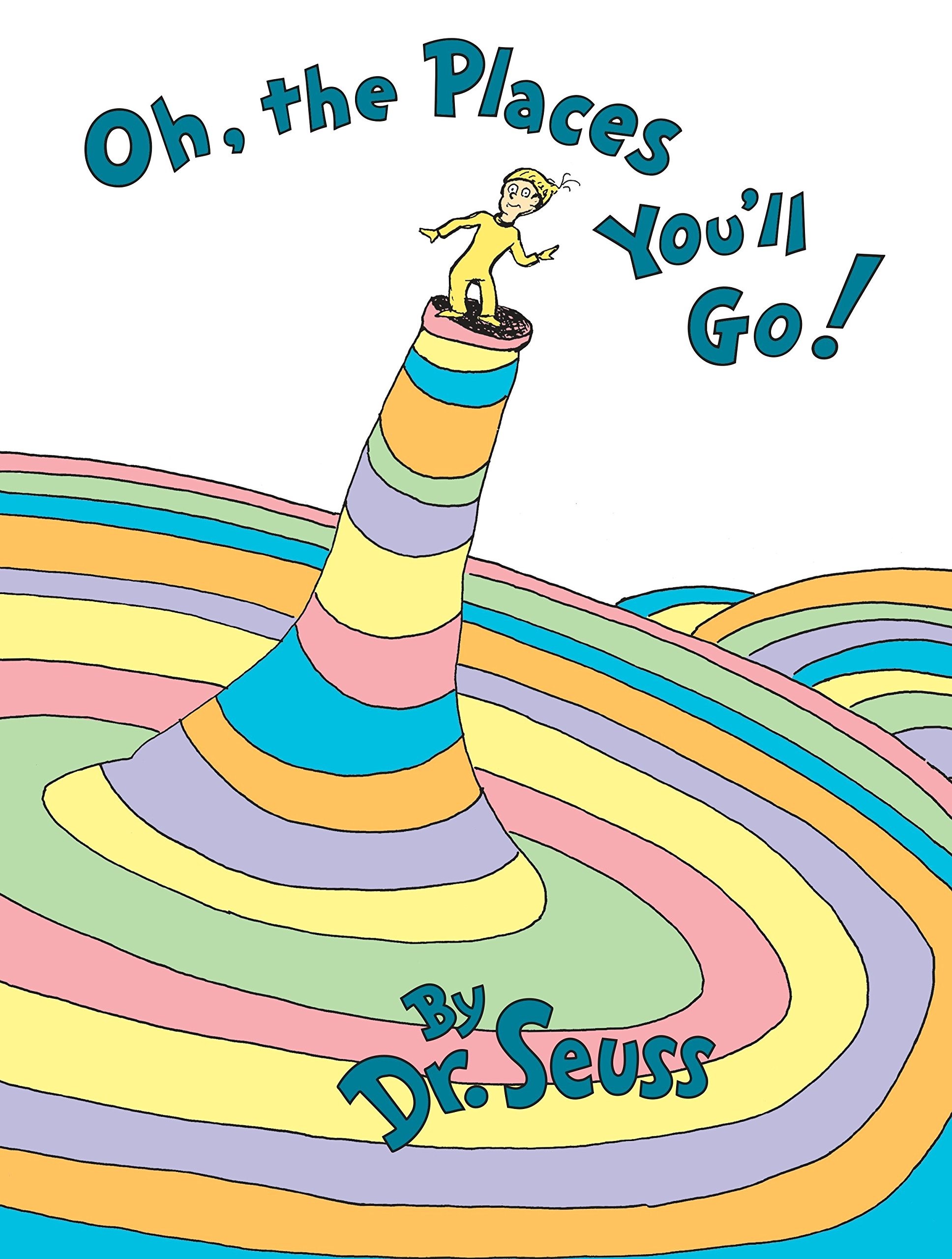 Here is the “parody” cover. 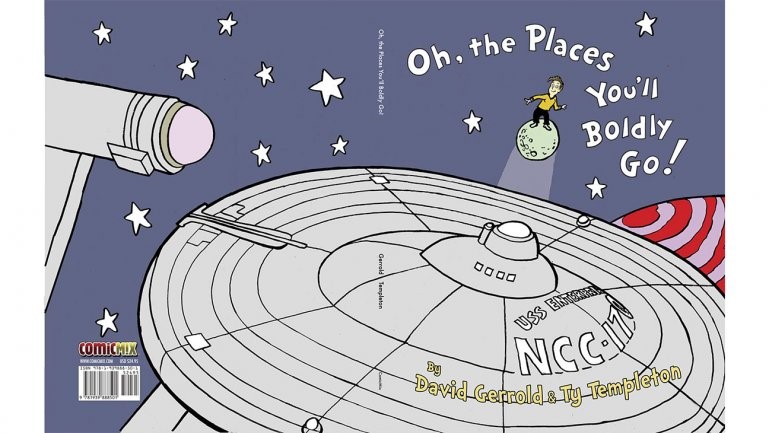 Is there any less of a taking than with “The Cat NOT in the Hat”? The artistic style of Dr. Seuss is clearly imitated, as is the type-face, the positioning of the letters and the figure, who is a boy in the Dr. Seuss book, but is obviously intended to be Captain Kirk in the parody version.

Recall that the Ninth Circuit ruled:

“Parody is regarded as a form of social and literary criticism, having a socially significant value as free speech under the First Amendment. This court has adopted the “conjure up” test where the parodist is permitted a fair use of a copyrighted work if it takes no more than is necessary to “recall” or “conjure up” the object of his parody.”

And how much did the authors of “Oh, the Places You’ll Boldly Go!” take?

Yet, the District Court finds that the writers behind “Boldly did not “copy more than is necessary to accomplish its transformative purpose.” 13

How does this square with the ruling of the Ninth Circuit? They ruled:

“As for the objective analysis of expression, the district court’s preliminary injunction was granted based on the back cover illustration and the Cat’s Hat, not the typeface, poetic meter, whimsical style or visual style. For these reasons, we conclude that the court’s findings that Penguin and Dove infringed on Seuss’ copyrights are not clearly erroneous.” 14

So the copying of the distinctive hat of “The Cat in the Hat” and the back cover is sufficient to support a finding of copyright infringement, but the “slavish copying” of the entire book of Dr. Seuss, is not infringing? How does the District Court get there?

It gets there by ignoring the 9th Circuit decision in “The Cat NOT in the Hat.” The case is never mentioned in the District Court opinion. Instead, the Court reaches out to a Second Circuit case, Leibovitz v. Paramount Pictures, 15 for its analysis of what amounts to “too much” of a taking.

Now the District Court is certainly aware of Ninth Circuit decision in “The Cat NOT in the Hat.” It was cited in the parties’ briefs and cited by the Court itself in its prior opinion. 16

I simply cannot reconcile the two cases, especially where the target of the parody, Dr. Seuss, is identical in each case.

Remember, the Ninth Circuit ruled this:

“These stanzas and the illustrations simply retell the Simpson tale. Although The Cat NOT in the Hat! does broadly mimic Dr. Seuss’ characteristic style, it does not hold his style up to ridicule. The stanzas have ‘no critical bearing on the substance or style of ‘The Cat in the Hat.’” 17

The District Court ruled this:

“’[T]here is no dispute that Boldly copies many aspects of Go!’s and other Dr. Seuss illustrations[,] . . . Boldly does not copy them in their entirety[,]’ but rather ‘infuse[s each] with new meaning and additional illustrations that reframe Seuss images from a unique Star-Trek viewpoint.’” 18

OK. But what does this say about Dr. Seuss?

And there’s this by the District Court:

Except for the hat, neither did “The Cat NOT in the Hat” defendants. But their work is infringing, and Boldly is not.

Also recall on the issues of market substitution, the Ninth Circuit ruled:

“The good will and reputation associated with Dr. Seuss’ work is substantial. Because, on the facts presented, Penguin and Dove’s use of The Cat in the Hat original was non-transformative, and admittedly commercial, we conclude that market substitution is at least more certain, and market harm may be more readily inferred.” 20

Yet the District Court rules that:

“Even viewing the undisputed evidence most favorably to Plaintiff, the Court concludes that Plaintiff has failed to sustain its burden to demonstrate by a preponderance of the evidence that Boldly is likely substantially to harm the market for Go! or licensed derivatives of Go! Instead, the “potential harm to [Plaintiff]’s market remains hypothetical.” 21

The Ninth Circuit ruled that market harms can be “readily inferred.” The District Court waives this away as being “hypothetical.”

So, once again, we have the magical tail of “transformative use” wagging the fair use dog. But I think there’s something else at play here.

The Ninth Circuit, needlessly, and in an endnote states the following:

“Our analysis does not take into account whether The Cat NOT in the Hat! is in good or bad taste. As Justice Holmes explained, ‘[i]t would be a dangerous undertaking for persons trained only to the law to constitute themselves final judges of the worth of [a work], outside of the narrowest and most obvious limits.’” 22

As Shakespeare once observed, “methinks they doth protest too much.” I think the Ninth Circuit as well as the District Court, found “The Cat NOT in the Hat” to be in very poor taste, and slammed them accordingly.

One thing is for sure, Dr. Seuss Enterprises is certainly wealthy enough, and litigious enough, to make an appeal almost inevitable.

And then we’ll get the Ninth Circuit to reconcile these two cases.

It should make for very interesting reading.