Many headlines were generated on September 24, 2021, when Marvel Characters, Inc. filed a series of lawsuits against many former Marvel Comics illustrators. 1 The suits, filed in New York and Los Angeles, all have the same basic fact pattern and asked for the same relief. The suits sought a declaratory decree that the termination notices served on Marvel by the authors and heirs of the former Marvel illustrators were invalid. At stake are the characters Iron Man, Spider-Man, Daredevil, Ant-Man, Hawkeye, Dr. Strange, Black Widow, Falcon, Thor and more. 2

When the Copyright Act was re-written, eventually enacted in 1976, for the first time, the right of an individual author to terminate a grant of copyright, and reclaim ownership, was added. But to make matters even more confusing, there were two different termination schemes enacted, one for post-1978 grants 3 and one for pre-1978 grants. 4 Yet, both systems have the same legal trap, the author cannot terminate a work that was prepared as a “work made for hire.” That is the central dispute in the suits that were filed. Yet, what constitutes a work made for hire after 1978, is largely governed by the Copyright Act. For pre-1978 works, it is largely a question of court decisions on the topic. Unfortunately for the Marvel illustrators, the case law does not favor their position.

The case law on the subject indicates that a pre-1978 creative work is “made for hire” when it is prepared at the “instance and expense” of the hiring party. This is the rule in the Second, Ninth and Fifth Circuits, and cited as controlling by a Bankruptcy Court ruling involving, interestingly enough, Marvel Comics. 5

“If the employer can meet its burden to show some credible evidence that an employee worked at the ‘instance and expense’ of the employer, then the court will presume that the employer holds the copyright to the material produced.” 6

The Second Circuit defines “instance and expense” as “when the ‘motivating factor in producing the work was the employer who induced the creation.’” 7

The Fifth Circuit adds that another factor is “whether the employer had the right to direct and supervise the manner in which the work was being performed. Actual exercise of that right is not controlling, and copyright is vested in the employer who has no intention of overseeing the detailed activity of any employee hired for the very purpose of producing the material.” 8

According to the Second Circuit: “[t]he ‘expense’ component refers to the resources the hiring party invests in the creation of the work. We have, at least in some cases, continued the tradition of treating the incidents of a traditional employment relationship as relevant to the analysis. (Citation omitted) We have, moreover, suggested that the hiring party’s provision of tools, resources, or overhead may be controlling…In other cases, however, we seem to have focused mostly on the nature of payment: payment of a ‘sum certain’ suggests a work-for-hire arrangement; but ‘where the creator of a work receives royalties as payment, that method of payment generally weighs against finding a work-for-hire relationship.’” 9

That case described in detail “The Marvel Method”:

“Under the Marvel Method, [Stan] Lee would not write a detailed script for a story before assigning an artist to draw it. Instead, at a ‘plotting conference,’ or in a ‘plot outline,’ Lee gave the artist the general contours of the story he had in mind: an outline of the plot, a description of the hero, and suggestions for how the story should look. The artist would draw the story along the lines of Lee’s ‘main theme.’ After an artist completed the pencil drawings, Lee edited his work and added dialogue and captions. Use of the Marvel Method allowed Lee to keep multiple artists working on assignments simultaneously.” 10

Here’s where it starts to get sticky. Stan Lee was certainly an employee of Marvel. Whatever his contributions to the creation of a character were certainly works for hire which would remain with Marvel. Even though individual authors can terminate individual author’s shares, the questions then become “who created what” and “is this still relevant today”?

Let’s take Daredevil for example. His original costume was yellow. Who decided to change it to all red? So does the termination notice apply to “yellow” Daredevil or “red” Daredevil? 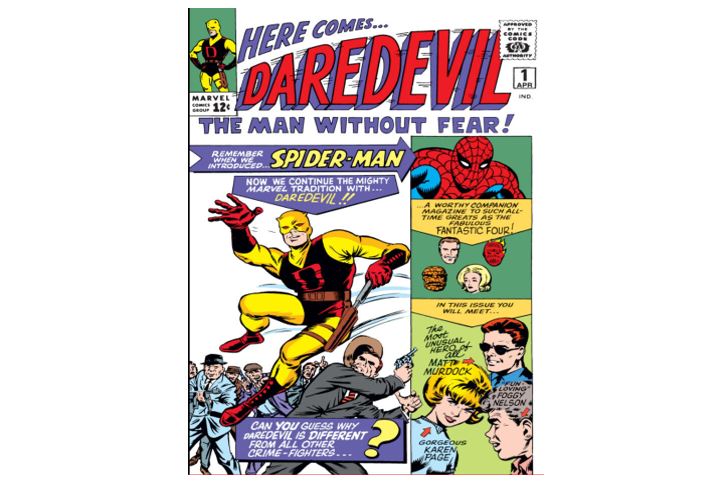 Or let’s look at Iron Man, whose suit of armor and look have changed vastly over the years: 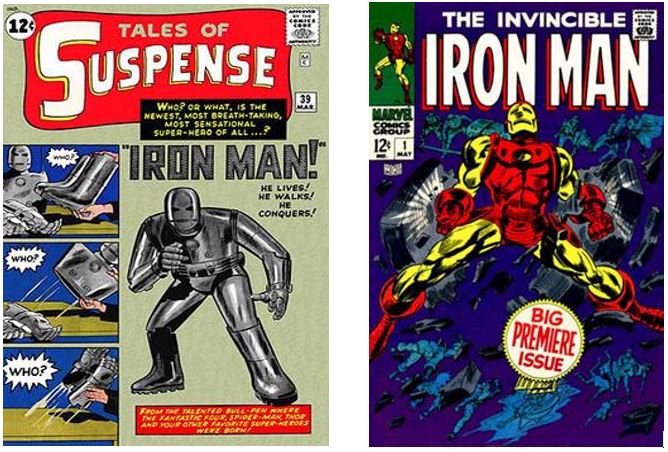 Does the termination only apply to the original Iron Man? Who gets authorship over the changes? Or, let’s take on the character of Tony Stark. For the most part, Stark has been Iron Man. Sometimes Iron Man has been other characters, most notably James Rhodes. 11

This is important because despite termination, Marvel gets to keep the derivative versions of the character made while they held the copyright. 12

And then we get to the problems of proof on these issues. Stan Lee is dead. So are Gene Colan, Don Heck and Don Rico. 13 Stan Lee was deposed extensively in the Jack Kirby litigation, but these may not have any bearing on the creation of Iron Man or Spider-Man. While it is true that Marvel as Plaintiff has the burden of proof, how are the various defendants going to introduce evidence to the contrary?

Then there is the ruling on how “the Marvel Method” results in a decision of “work made for hire.”

“In the work-for-hire context, ‘an essential element of the employer-employee relationship is the right of the employer to direct and supervise the manner in which the [artist] performs his work.’ (citation omitted) If the hiring party ‘took the initiative in engaging [the artist]’ and had ‘the power to accept, reject, or modify her work, then the work is a work for hire. (citation omitted) It is undisputed that at all times between 1958 and 1963 Lee had complete editorial and stylistic control over all work that Marvel published…. If Lee did not approve of the artist’s work, it was not published. (citation omitted) Kirby was no exception. Lee edited Kirby’s work and reviewed and approved all of his work prior to publication. (citation omitted) Lee’s testimony is consistent with the recollection of Kirby’s daughter, Susan Kirby, who testified that Lee asked her father to ‘redo pages.’ (citation omitted) Neal Kirby testified about one instance where Lee rejected a ‘cover’ created by Kirby.” 14

In affirming, the Second Circuit wrote:

“Understood as products of this overarching relationship, Kirby’s works during this period were hardly self-directed projects in which he hoped Marvel, as one of several potential publishers, might have an interest; rather, he created the relevant works pursuant to Marvel’s assignment or with Marvel specifically in mind. Kirby’s ongoing partnership with Marvel, however unbalanced and under-remunerative to the artist, is therefore what induced Kirby’s creation of the works…Marvel’s inducement, right to supervise, exercise of that right, and creative contribution with respect to Kirby’s work during the relevant time period is more than enough to establish that the works were created at Marvel’s instance.” 15

As to the “expense” prong:

“The facts underlying the expense component are not in dispute. Marvel paid Kirby a flat rate per page for those pages it accepted, and no royalties. It did not pay for Kirby’s supplies or provide him with office space. It was free to reject Kirby’s pages and pay him nothing for them. The record contains anecdotal evidence that Marvel did in fact reject Kirby’s work or require him to redo it on occasion, if less often than it did the work of other artists, but with what frequency is unclear… In the final analysis, then, the record suggests that both parties took on risks with respect to the works’ success—Kirby that he might occasionally not be paid for the labor and materials for certain pages, and Marvel that the pages it did pay for might not result in a successful comic book. But we think that Marvel’s payment of a flat rate and its contribution of both creative and production value, in light of the parties’ relationship as a whole, is enough to satisfy the expense requirement.” 16

Given that the facts surrounding the current dispute are bound to be the same, how does the Marvel illustrator’s cases succeed?

According to the Marvel illustrator’s attorney, “At the core of these cases is an anachronistic and highly criticized interpretation of ‘work-made-for-hire’ under the 1909 Copyright Act that needs to be rectified.” 17

Except that in this instance the appellate court in both jurisdictions where the suits have been filed have both affirmed the “instance and expense” test.

And if they succeed, what do they get? Certainly not total ownership of the copyrights at issue, since, as noted, Stan Lee was definitely an employee of Marvel. Co-ownership?

Co-ownership of a copyright means all parties own the copyright equally. And being a co-owner means that you can license a work without the permission of the other co-owners, subject to your duty to account for all the compensation one would receive. Could this happen?

Doubtful. The movie business is not like other businesses and thrives on exclusivity. Would a movie company really make a deal for one of the Marvel characters knowing that they would not have exclusive rights and that Disney would in essence be looking over their shoulder?

All likely outcomes point to a settlement at some point. This is what happened to the Kirby case even after the affirmance by the Second Circuit. 18